I told you about my amazing trip to Seattle earlier this fall, and my trip to Top Pot Doughnuts a.k.a. walk down memory lane.  I also have a feeling I may have mentioned we go married last year. Well, I mention it again because we received some amazing gifts from loved ones and a couple of those were: a deep fat fryer, Top Pot Doughnut cookbook and a doughnut cutter. Yes, we have really amazing friends. Recently we pulled out these particular gifts and have started putting them to good use.

We started with Double Trouble (chocolate) Cake Doughnuts and Simple Chocolate Icing. The-Seventeen-Year-Old and her bestie were over for the weekend, and I tell you, those two are amazing bakers and you want them on your team when you’re trying new things. Even The Gentleman helped — I’ve never used a deep fryer before and we’ve been dreaming of fish and chips and all sorts of fried goodness so it was awesome to have him helping man the frier during our great doughnut experiment. And then the girls rocked out the decorations. So much fun.

So while we were working on this batch of chocolate amazing, The Gentleman started talking about old fashioned doughnuts — buttermilk, dense, goodness — one of my favorites. Now The Gentleman is not such a huge eater of baked goods, so to hear him actually talk about a doughnut, a favorite doughnut, and also my favorite doughnut, I knew that would be my next baking experiment. So on my next day off, I manned the whole project by myself (eegads!) and made Sour Cream Old-Fashioned Doughnuts with Simplest Vanilla Glaze from this lovely cookbook. (One thing I did learn — I need a smaller doughnut cutter for old-fashioneds because they didn’t really look right, and I think they’ll crack and make true petals if there was less dough (they may also cook faster), but until I can find the right one, for any future old-fashioned making, I’ll use circle biscuit cutters. I’m sure it’ll be fine. They’ll taste good no matter what they look like because it held try for this first batch.) 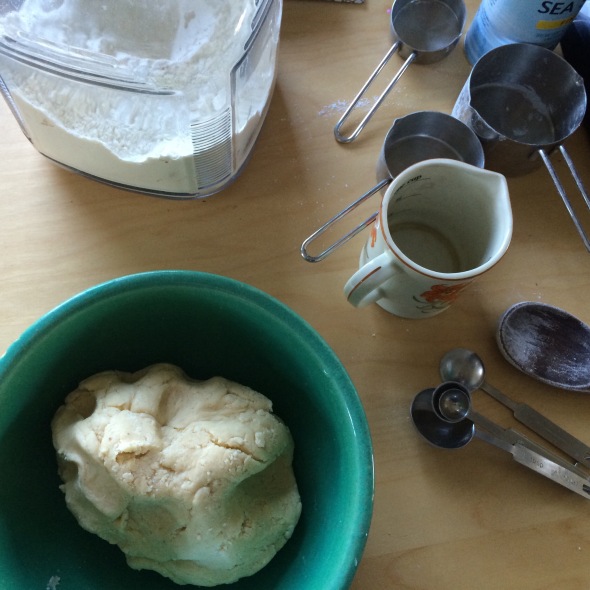 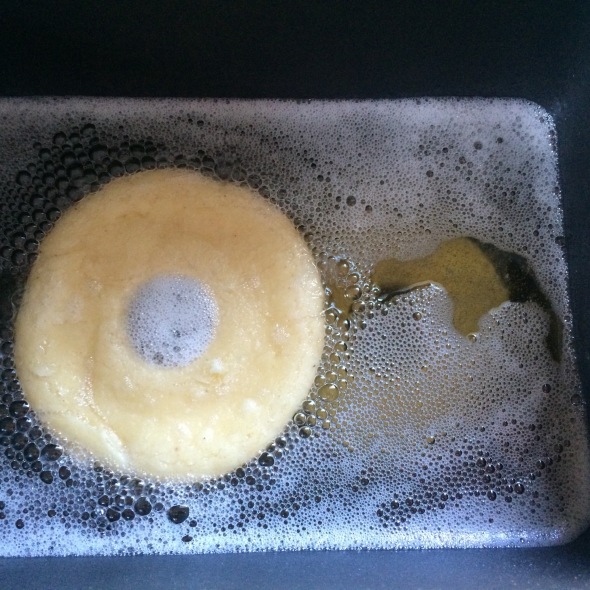 Actually, making doughnuts is not that technically hard. There are a lot of steps, depending on what type of doughnut you’re making. These old fashioned and cake doughnuts that we made are similar to a biscuit dough, chilled, rolled, cut, fried and then glazed or iced. Yes, it’s a process, but there is no comparison to what cooled on my racks and any doughnut I’ve eaten from a bakery.

There are two doughnut memories that defy that statement: One, was my mother making fluffy yeast doughnuts when I was a child – puffy little pillows cooling on paper towels, oil circles growing around them (just like when bacon cooled), and then being dusted with a cinnamon-sugar mixture, trying to be patient as they cooled enough to hold them in my fingers. The other, is a beautiful pumpkin patch and nursery down in the Willamette Valley, where I went with my nephews to get pumpkins and go through the corn maze. They had a doughnut maker that makes doughnut holes — a magic machine that resembles an assembly plant — at the end of which a little white paper bag filled with sugar and cinnamon coated crunchy bites of fried dough accompanied by a white paper cup of fresh pressed, warm apple cider.

So, to say that this process of making doughnuts somehow meets those memories, matches and embodies them, is a lot, but it’s very close to those. It’s making of new memories over bits of fried dough. And sprinkles. It’s listening to the girls eat chocolate doughnuts in the backseat on our way to their first college campus visit (my alma mater) on a crisp fall day — far enough along that the leaves are mostly gone but before the first wind storms. That is my newest doughnut memory.

And then the fryer will be warmed up, so maybe The Gentleman will want to experiment with something fun, like battered fish of some kind or tempura or something crazy like tempura fried dilled bean pickles. Who knows what we’ll think up.

Have a beautiful Thanksgiving, all, and best wished to you and yours!